Digital currencies such as bitcoin have caused a financial frenzy. we will explain in this article what they are – and whether this is the end of ‘real’ money 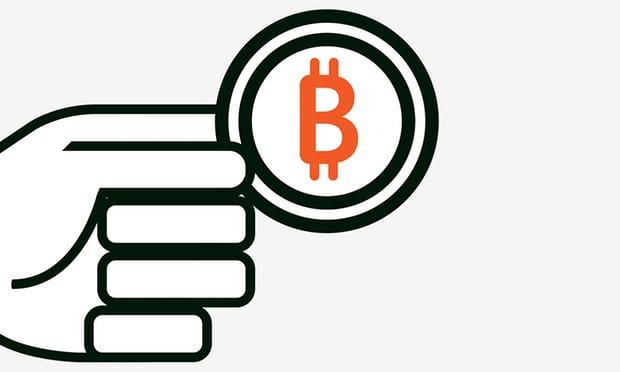 In a word, yes. Bitcoin was the first cryptocurrency, and is still the biggest, but in the eight years since it was created pretenders to the throne have come along.

All of them have the same basic underpinnings: they use a “blockchain”, a shared public record of transactions, to create and track a new type of digital token – one that can only be made and shared according to the agreed-upon rules of the network, whatever they may be. But the flourishing ecosystem has provided a huge amount of variation on top of that.

Some cryptocurrencies, such as Litecoin or Dogecoin, fulfil the same purpose as bitcoin – building a new digital currency – with tweaks to some of the details (making transactions faster, for instance, or ensuring a basic level of inflation).

Others, such as Ethereum or Bat, take the same principle but apply it to a specific purpose: cloud computing or digital advertising in the case of those two.

The Nature Of Bitcoin

A bitcoin doesn’t really exist as a concrete physical – or even digital – object. If I have 0.5 bitcoins sitting in my digital wallet, that doesn’t mean there is a corresponding other half sitting somewhere else.

What you really have when you own a bitcoin is the collective agreement of every other computer on the bitcoin network that your bitcoin was legitimately created by a bitcoin “miner”, and then passed on to you through a series of legitimate transactions. If you want to actually own some bitcoin, there are exactly two options: either become a miner (which involves investing a lot of money in computers and electricity bills – probably more than the value of the bitcoin you’ll actually make, unless you’re very smart), or simply buy some bitcoin from someone else using conventional money, typically through a bitcoin exchange such as Coinbase or Bitfinex.

A lot of the quirks of the currency come down to the collective agreement about what constitutes “legitimacy”. For instance, since the first bitcoin was created in 2009, the total number in existence has been growing slowly, at a declining rate, ensuring that at some point around 2140, the 21 millionth bitcoin will be mined, and no more will ever be created.

If you disagree with that collective agreement, well, there’s nothing stopping you from splitting with the wider network and creating your own version of bitcoin. This is what’s known as a “fork”, and it’s already happened multiple times in the past (that’s what competitors such as Litecoin and Dogecoin are). The difficulty is persuading other people to follow you. A currency used by just one person isn’t much of a currency.

Join the technological revolution that’s taking the world of finance by storm. Mastering Bitcoin is your guide through the seemingly complex world of bitcoin, providing the knowledge you need to participate in the internet of money. Whether you’re building the next killer app, investing in a startup, or simply curious about the technology, this revised and expanded second edition provides essential detail to get you started.

In theory, almost anything that can be done with a computer could, in some way, be rebuilt on a cryptocurrency-based platform. Building a cryptocurrency involves turning a worldwide network of computers into a decentralised platform for data storage and processing – in effect, a giant hive-mind PC (that this no longer sounds like it has much to do with “currencies” is part of the reason some instead suggest the name “decentralised apps” to cover this sector).

In practice, however, the available uses are rather more limited. Bitcoin can be used as a payment system for a few online transactions, and even fewer real-world ones, while other cryptocurrencies are even more juvenile than that. The excitement about the field is focused more on what it could become than what it actually is.

An illustrated example of how digital currency works

The Importance Of Decentralisation

At their heart, cryptocurrencies are basically just fancy databases. Bitcoin, for instance, is a big database of who owns what bitcoin, and what transactions were made between those owners.

In its own way, that’s little different from a conventional bank, which is basically just a big database of who owns what pounds, and what transactions were made between those owners.

But the distinction with bitcoin is that no central authority runs that big fancy database. Your bank can unilaterally edit its database to change the amount of money it thinks you have, and it does so often. Sometimes that’s to your advantage (if your debit card gets stolen and used, for instance, your bank will just return the money) and sometimes it’s not (if your bank thinks you’re money laundering, it will freeze your account, potentially crippling your business).

With bitcoin, no one can do either of those things. The only authority on the network is whatever the majority of bitcoin users agree on, and in practice that means nothing more than the basic rules of the network are ever enforced.

The Nature Of Blockchain

The concept of the blockchain lies at the heart of all cryptocurrencies. It is the decentralised historical record of changes in the ownership of the asset, be it simply spending a bitcoin or executing a complex “smart contract” in one of the second-generation cryptocurrencies such as Ethereum. Whenever a cryptocurrency transaction occurs, its details are broadcast throughout the entire network by the spending party, ensuring that everyone has an up-to-date record of ownership. Periodically, all the recent changes get bundled together into one “block”, and added to the historical record. And so the “blockchain” – a linked list of all the previous blocks – serves as the full and complete record of who owns what on the network.

The process of mining cryptos

Mining build the blockchain. How precisely they do that varies from cryptocurrency to cryptocurrency, but bitcoin is a good example: every 10 minutes or so, one miner is semi-randomly selected to do the work of taking all the transactions they’ve heard about, declaring them confirmed and bundling them up into one block of transactions, which they then add to the chain. In return for doing the work, the winning miner is also allowed to “print” some new bitcoin to pay themselves a reward in bitcoin, currently worth about $140,000.

Anyone can be a miner – all you have to do is run the bitcoin software in mining mode. The tricky part is being a profitable miner. The actual work of bundling the transactions together is easy, but the real expense comes from the way the winner is selected. Think of it as a raffle, where buying a ticket involves using your computer to solve a very complex, but ultimately useless, arithmetic problem. To be in with the most chance of getting that $140,000 reward, you need to solve those problems thousands or millions of times a second to enter the raffle with as many tickets as possible, and that means building specialised computers, negotiating cheaper sources of electricity, or just hacking innocent people and using their hardware for nothing instead.

The value of all the bitcoin in the world at the time this article was published. The short answer is “buying low, and selling high”: the value of one bitcoin has increased from essentially nothing eight years ago, to $1,200 eight months ago, to a high of almost $20,000 in December and settling at $9,000 now. Anyone who got hold of enough bitcoin early enough is now really quite wealthy – on paper, at least.

The real question is why one bitcoin is worth $9,000 . There, you can find two answers. The sympathetic one is that all these cryptocurrencies are, by their nature, scarce assets – only a certain amount exist in the world. If they are to be widely adopted for real-world use, then people will need to buy those scarce assets, and so their value will necessarily be higher than they are today. The current price, in that story, simply reflects the probability that any particular cryptocurrency will actually be widely used.

The future of cryptocurrencies

Hard landing
it could be a speculative bubble that ends with a crash so severe that it destroys faith in the entire sector, driving the investors out, bankrupting the miners.

Takeoff
Or it might be that Cryptocurrencies could achieve their ambitions and change the world , and become a widely used facet of daily life. Only Time Can Tell.